Gap Inc. announced the appointment of Mary Beth Laughton as president and chief executive officer of its Athleta brand.

Laughton joins the company from Sephora U.S. where she was most recently EVP of omni-retail, leading both the e-commerce and store channels. She has also overseen areas including digital marketing and merchandising, store operations and field, CRM/analytics, omni-channel experience and digital innovation, where during her tenure, she increased the company’s online business 5x and improved store performance.

“Mary Beth brings a strong background in digital operations, a keen understanding of customers and an ability to deliver innovative experiences,” said Peck.

“She is the right leader for Athleta, with a proven track record in driving consistent results in multiple growth markets, including performance apparel and beauty,” continued Peck.

“Athleta is a powerful brand that empowers women and girls through its inclusive, inspirational community and I am excited about the significant opportunity ahead for us. With innovative and sustainable product, beautiful marketing and a strong B Corp certification, Athleta is well positioned to grow and capture market share,” added Laughton.

Earlier this month, Gap, Inc. gave an update on the upcoming split of its businesses into two separate companies, which was first announced in February.

Peck highlighted plans to cut the company’s management structure in order to speed up decision making.

The separation will see the Old Navy brand spin off as a standalone company, while Gap, Inc.’s remaining banners, including Gap, Athleta, Banana Republic, Intermix, and Hill City, will continue to operate together as one company. 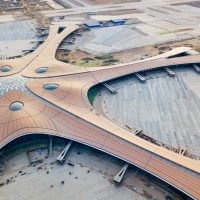 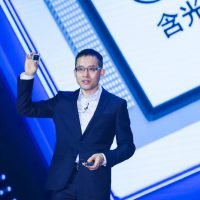