The 15-year-old company and its co-founders, Sébastien Kopp and Ghislain Morillion, selected Browne for the experience she has accrued over the last three decades, which will support and drive the Veja brand, as it continues to develop globally.

“After 30 years of experience in French and international groups I decided to give a new orientation to my career by joining a company that allows the convergence of my personal and professional values,’ Browne wrote on her LinkedIn page.

“My mission at Veja will be to support the co-founders on both strategic and operational levels, and to lead the young Veja talents toward the next level,” she continued.

In an interview with FashionNetwork.com, Browne said she is hunting for senior managers in the logistics field, but will still rely on Veja’s own existing staff, which has been crucial in growing the company, in order to continue to expand. She is also intent on introducing new operational procedures and fostering the promotion of Veja as a brand.

“This does not mean a price hike. It means working on the brand’s values, managing its image, upgrading its presence in-store, ensuring that it does not fall within a highly
promotional environment,” Browne told FN.

On the retail front, Browne is weighing up the installation of dedicated sections within multi-brand stores, and the opening of Veja mono-brand stores.

Veja’s largest consumer markets are the UK and the U.S., followed by its native France.  The brand is present in 1,800 stores in 45 countries. It currently employs 120 people in France and Brazil. 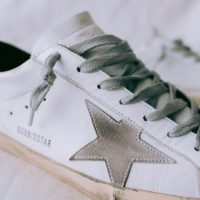