Pinault comments: “Claus-Dietrich Lahrs’ outstanding experience and extensive knowledge of the luxury market will be crucial in the management of the exceptional maison that Bottega Veneta is. I am confident he will build on what has been accomplished so far within the house and accelerate its development.”

Lahrs was CEO of Hugo Boss, until February 2016 and has held other top positions in houses such as Cartier, Louis Vuitton and Christian Dior Couture. As CEO of Bottega Veneta he will pursue the brand’s global development.

Lahrs joined Hugo Boss in 2008 as Chairman and CEO and under his reign, the turnover of the brand doubled and its profitability increased sharply. He graduated in business administration from the Universities of Cologne and Bochum and also holds a degree from HEC Paris. 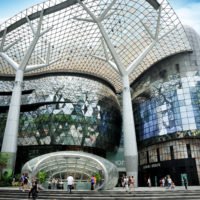 Retail in Asia's top stories of the week (3-7 October)