Smith was at Pepe Jeans from 2011 to 2012. He previously worked for the firm as international business development manager from 1986 to 1990.

In the interim period he held several roles at VF Corporation, which owns brands including Timberland, and was formally vice president of Dockers, part of the Levi Strauss group. He was most recently managing director for the Asia Pacific region for The Body Shop. 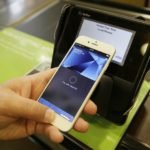