Tiffany & Co. has appointed a new female member to its company board of directors, replacing three male executives who are set to depart from the New York company’s board.

Annie Young-Scrivner, chief executive officer of Godiva Chocolatier, is set to join the jeweller’s board, providing Tiffany’s with three women on its 12-member table. The other two are Rose Marie Bravo, former CEO of Burberry, and Abby Kohnstamm, executive vice president and chief marketing officer of Pitney Bowes.

Three long-time board members are making way for Young-Scrivner. They are Charles Marquis – an adviser to Investcorp International Inc. and a former lawyer – who is retiring after more than 30 years on Tiffany’s board; and Gary Costley, the former CEO of International Multifoods Corp., who has been sitting at the Tiffany table since 2007.

The other major exit is the luxury jeweller’s former-CEO and chairman, Michael Kowalski, who served as CEO of Tiffany from 1999 until 2015. Kowalksi went on to take the chairman’s title in 2002, and then acted as interim CEO after the shock exit of Frederic Cumenal from Tiffany’s last year.

Cumenal was soon replaced as chairman by the former co-CEO of Tory Burch, Roger Farah, in October 2017. At the same time, Tiffany’s appointed Alessandro Bogliolo to CEO, who took on the role after about four years as the head of Diesel.

Bogliolo took the board announcement as an opportunity to highlight the future of Tiffany’s and its hopes to reach a wider audience via different mediums and a focus on branding and in-store experiences.

“Going forward, we will be communicating the key attributes of the brand through various media, in order to be most relevant to a wide audience, both geographically and demographically, accelerating the pace of product innovation, and ensuring that customers enjoy the experience of shopping in our stores and online,” Bogliolo wrote.

“We are managing our business with a long-term strategic perspective.” 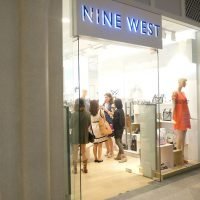 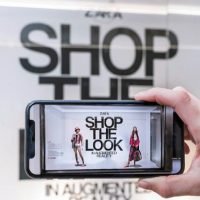 Zara experiments AR in its stores