Severine Merle has been named as Celine’s next chief executive officer.

The French fashion house, where British designer Phoebe Philo works as creative director, is gearing up for its Paris Fashion Week show next month (Mar17), but is also busy with an office shake-up.

Merle previously held a post at Berluti, which is also under the LVMH umbrella like Celine, and will start in her new role on 1 April (17). Her successor at Berluti is yet to be named.

Merle succeeds Marco Gobbetti as the new Celine CEO, though she’ll directly take over from LVMH chairman and CEO Pierre-Yves Roussel, who has been acting as interim CEO at the label since Gobbetti exited in January (17), to start a post at Burberry.

“We see this as a smooth transition building on the project and continuing the momentum of the brand,” Roussel told WWD. “Severine represents a good fit with the culture of the brand.”

“We believe it’s important that we show the breadth and depth of the collection,” he added of a new e-commerce site. “We want to be very product focused. It’s always been the motto of Phoebe Philo since the very beginning.”

Roussel also noted that footwear and fine jewellery are among categories that will be looked at for expansion.

Merle started her fashion LVMH career at Kenzo, before moving on to a position at Louis Vuitton, working as the general manger for France and women’s wear merchandizing director. Her appointment at Celine marks the third female CEO within the French luxury group. 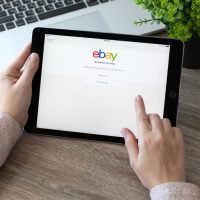 Why Is eBay Returning to China?