From 2005 to 2017, Italian-born designer Riccardo Tisci was Givenchy‘s golden boy.

In that decade-plus, he turned the French label from a classic, sophisticated fashion house into one of the pioneering brands of the streetwear-fashion fusion that now defines the industry. And in doing so, he became a sort of celebrity in his own right: In 2011, Tisci designed Kanye West and Jay-Z’s Watch the Throne album cover as well as the duo’s tour wardrobe, including one world-famous leather kilt. His friendship with the Kardashian clan helped expose him—and his designs—to a global audience.

His Instagram became a scrapbook of world travels with his #family, a unit that could include the likes of Madonna, Nicki Minaj, or Jessica Chastain on any given day. But since leaving Givenchy, Tisci has been more or less completely out of the high-fashion scene for a year (save for a Nike collab). That changes today, with the announcement that Riccardo Tisci will be the new chief creative officer of Burberry—the British brand that’s famous for its trench coats and iconic plaid.

This partnership comes after some serious fashion-world speculation. The Burberry job is ultra-coveted, and just about every fashion insider asked had a different pick to fill the shoes of outgoing CCO Christopher Bailey, who is set to resign from Burberry’s board this month.

That list included, among others, Kim Jones (who just departed Louis Vuitton) and even Phoebe Philo (the former Céline designer whose entry into menswear we’re still hoping and praying for). But Tisci’s appointment goes to show that the rumor mill is not terribly effective at making actual predictions: This is already the second surprise creative director signing of 2018, following the news that former Saint Laurent rock star Hedi Slimane will be taking his talents to Céline—and designing menswear for the first time in the label’s history.

So what can we expect from Riccardo Tisci’s Burberry?

On its face, his aesthetic—dark, street-inspired, and full of religious references—will make for an interesting mash-up with Burberry’s ultra-classic British sensibility.

Then again, look closely at Tisci’s collections for the French house, and you’ll see that the designer has already toyed with ur-British concepts and cultures, from punk to Victorian-era froufrou to chav fashion.

It is also a homecoming of sorts for the Italian, who graduated from Central Saint Martins, a.k.a. the Wharton of fashion schools. The appointment also makes sense when you consider Burberry has shown a greater willingness to embrace a new generation of shoppers—consider the brand’s new Gosha Rubchinskiy collaboration, or even its recent re-release of some ’90s-era graphic-printed sweats and hoodies. That’s obviously a far cry from Tisci’s preferred leather kilts and complex designs.

But we are excited to see what the guy who made Rottweiler tees and star-printed polos the hottest items in menswear can do with a label that’s got a veritable archive of iconic pieces. 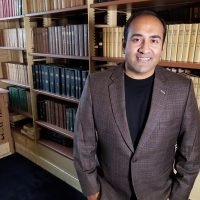 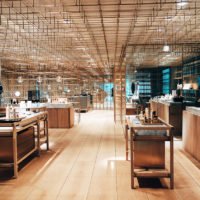