Lee on paper seems a shrewd choice. He was until recently the Director of ready to wear at Céline, latterly helmed by Phoebe Philo. Under Philo’s exacting steer, Céline assumed its role as the ultimate destination for the woman who lusted after a kind of intellectual design rooted in a nuanced evolution of minimalism. Her team were renowned in the industry for their talent.

Mulberry poached her head of accessories Johnny Coca to become its creative director in 2015. Lee, following Philo’s departure will have been out of a job. Her successor, the opinion dividing Hedi Slimane, is busy ripping out everything from her ten year legacy down to the patchwork marble floors (a special Philo commission featuring 12 varieties of marble sourced from Brazil, France and Italy) in the HQ and stores. The Philo vision for Céline is dead, something which her acolytes have been mourning.

Enter Lee. Bottega is perhaps the natural successor to an evolution of the Philo style. Its tagline “When your own initials are enough” underlines its position as a home of understated, exclusive craft. Maier’s elegant, grown up collections riffed off this, explaining to the Telegraph in 2016 that he designs “for women not 16 year olds.” He marked the brand’s 50th anniversary in 2016 by inviting Lauren Hutton onto the catwalk, styling her in a re-imagined version of the trench coat and red intrecciato clutch bag she wore in American Gigolo.

Lee will of course have his own ideas, in the statement announcing his tenure he said that “I look forward to evolving what has gone before, while contributing a new perspective and modernity”.

Kering, the luxury conglomerate that owns Bottega Veneta, has form in making shrewdly successful quiet appointments. Since enduring the high stakes of installing Hedi Slimane at Saint Laurent (he left the house in 2016, later receiving £8million in a lawsuit over intellectual property rights and contractual obligations) Kering has avoided courting more high maintenance names. They replaced Slimane with Anthony Vaccarello, who had form but little ego.

When they promoted second in design-command at Gucci, Alessandro Michele – then unknown – in 2015, they scored a blinder. Michele has turned it into the hottest designer property, bringing in an approximated global revenue of 6.2 billion euros in 2017 – which accounts for over half of Kering’s overall revenue (reported as 10.823 billion euros in that year). Bottega Veneta reportedly brought in 1.18 billion euros in 2017, not a small amount, but something which they will likely be hoping to expand upon.

Their policy of installing more low key names is the opposite strategy to rival LVMH which has embarked on a recent hiring spree of star designers, moving Kim Jones to head up Dior menswear, whilst installing sportswear supremo Virgil Abloh in his stead at Louis Vuitton menswear. The ping pong exchange of talent between the two groups has fuelled the ongoing game of industry musical chairs.

A note of warning though to Lee, in an interview with ES magazine this week, Jones underlined the all consuming nature of these leading roles. “It’s a fantastic life and there’s lots of money to be made at the top, but there is also a vast amount of pressure. It can be all-consuming. You don’t have time for a life really, not at the level I now work. It can be very isolating. And you have to be prepared, sometimes, to sacrifice everything for it. I had to make that choice.”

Lee worked at Philo’s atelier which was based in London. Tomas Maier was largely based in Florida, travelling to New York and Milan when required. What freedom of address Lee will be able to command remains to be seen. But, certainly at his first show in September, the expectation will be high. Let’s hope he’s ready for it. 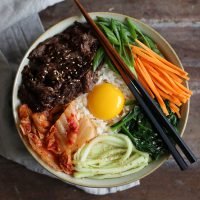 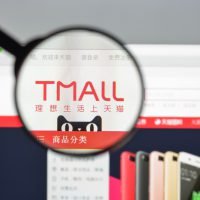