Gap Inc. announced on Tuesday that Andi Owen, global brand president of Banana Republic, is set to leave the company in late February, following a year of store closures and a dire holiday season sales result in 2016.

Without giving specifics, the American fast-fashion retailer said in a statement that both parties “agreed that now was appropriate time for a change in leadership.”

Gap’s chief executive officer Art Peck will directly oversee the brand in the interim, while a search gets un
derway for Banana Republic’s next president, it said.

“During her time with Banana Republic, Andi led critical work improving the brand’s aesthetic and product quality and moved the brand to a full omni-channel assortment,” said Gap’s chief executive officer Art Peck, in a statement.

“While these improvements have been important steps forward, we have significant work to do in order to consistently win with customers. Andi and I agreed that now was an appropriate time for a change in leadership. I am grateful for her partnership and for Andi’s many contributions to the company during her 25-year tenure.”

Owen’s departure follows a year of store closures for Banana Republic and a recently reported poor holiday performance. Gap Inc. total sales increased 3% in the holiday season and 1% for November to December, but Banana Republic comparable sales fell 7%, adding further pain after a 9% fall in the same month of 2015.

In 2016, as part of efforts to streamline the struggling business overseas, Gap shut all its 53 Old Navy outlets in Japan and withdrew the Banana Republic brand entirely from Britain. 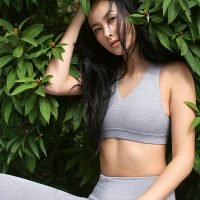 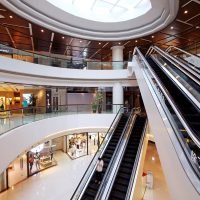 Is This the Chinese Luxury Mall of the Future?