Amazon India gets Unilever Gulf head Manish Tiwary on board

Amazon India has finalized the appointment of , the head of Unilever in the Gulf region, as its second senior-most executive, with an eye on grooming him for the top job when country manager Amit Agarwal moves to a bigger role at parent company Amazon.com Inc.

Tiwary will replace Samir Kumar, vice-president of category management at Amazon India, who is moving back later this year to Amazon’s headquarters in Seattle, US.

Tiwary is among the handful of candidates being lined up to take over Agarwal’s role over time, three people familiar with the matter said. Agarwal is being considered for a bigger role at Amazon, these people said on condition of anonymity.

The people cautioned that Agarwal isn’t leaving his post this year and that Tiwary’s progress at Amazon India will be considered before a final decision is made on the role of country head. Agarwal may continue if Amazon doesn’t find a suitable replacement, they said. 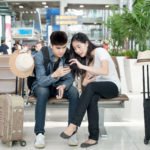 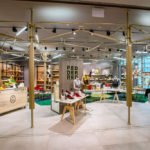 Singapore: As the retail sector flounders, flagship stores hope to pull in crowds