Alibaba has snagged Flipkart’s director for human resources, Priya Cherian to head its talent acquisition and HR department as the Chinese e-commerce behemoth starts to set up its India operations. Cherian who joined Flipkart in April last year has resigned from the Bengaluru-based e-tailer, sources aware of the development said.

She was earlier the HR director at Yahoo for almost seven years prior to joining Flipkart and will be working with K Guru Gowrappan, who is spearheading Alibaba’s India foray.

Alibaba is in the process of starting its consumer facing online business here by early next year. Bharati Balakrishan, former chief business officer at local services marketplace LocalOye was the first senior level hire made by Alibaba for its local team in India, TOI had reported in its June 7 edition.

While Cherian moving out of Flipkart adds to the senior level churn at the company, it also indicates Alibaba’s swift execution of its India plan. Gowrappan, a former Yahoo executive, has been mandated to chart out Alibaba’s India entry.

He is one of the key executives at the company steering the online retailer’s broader growth plans in Asian markets (excluding China), specially India. TOI reported in August 18 edition that Alibaba has held talks with Shopclues for potential acquisition. KOLs: The rise of influencer marketing platforms
Next Article 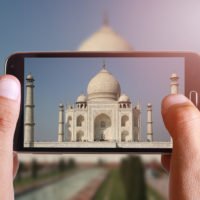