Fashion designer Alexander Wang has stepped down from the role of CEO for his eponymous luxury brand, announcing the appointment of Lisa Gersh as CEO, effective immediately.

The New York City-based brand confirmed Gersh’s succession of Wang, who has served as chairman, CEO and creative Director of his company since its inception in 2005.

While Wang relinquishes has role as CEO, he will continue to serve as Chairman and Creative Director, the company said. The brand also announced the appointment of Stephanie Horton, who will serve as Chief Strategy Officer, a new position at the company.

“The appointment of CEO, and the addition of a CSO position, highlight our ongoing strategy of productivity and diversification,” said Wang.

“In a rapidly changing retail environment, it is necessary for us to continually challenge the status quo. In my year as CEO I have been able to reflect and assess the strengths and opportunities of the company and set the stage for future growth. Lisa and Stephanie’s diverse backgrounds in the media, lifestyle, and digital landscape will help us continue to position the business to expand into new categories and territories,” he continued.

Gersh most recently helmed Goop as CEO and oversaw the introduction of Goop-owned products. Before Goop, she served as CEO of Martha Stewart Living Omnimedia, and worked in top roles for NBCUniversal. She is also the co-founder and president of Oxygen Media.

Horton arrives at Alexander Wang from Farfetch, where she led the company’s marketing and corporate communications strategy during its expansion into China, Russia and the Middle East.

Prior to Farfetch, she held leadership positions at Shopbop, Vogue and The New York Times.

In addition to the aforementioned recruitments, Alexander Wang said is has also appointed Tom Florio and Jonathan Miller to the Board of Directors. 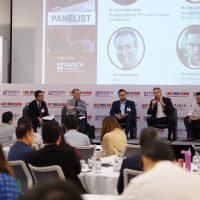 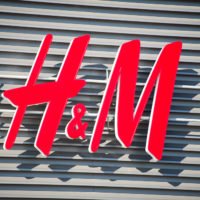