The Supervisory Board of adidas AG has appointed Brian Grevy as Executive Board Member, responsible for Global Brands.

At the beginning of next year, Brian Grevy returns to adidas from global clothing brand Gant, where he has held the position of CEO since June 2018 and was Chief Marketing Officer from 2016 to 2018. At adidas, Brian Grevy led adidas’ largest business unit Training as General Manager from 2014 to 2016 based at the adidas AG Headquarters in Herzogenaurach, Germany.

He started his professional career at adidas in 1998 as Key Account Manager, Reebok Nordics, in Denmark and subsequently held leadership positions of increasing responsibility for adidas on a local, regional and global level. Brian Grevy succeeds Eric Liedtke, who will step down from the Executive Board by mutual agreement at the end of 2019.

Igor Landau, Chairman of the Supervisory Board of adidas AG, stated: “We are very happy to welcome Brian Grevy back to adidas after his successful tenure as CEO and Chief Marketing Officer at Gant. He brings profound knowledge of the adidas brand, vast international experience and strong leadership skills.”

“He spent more than 20 years within the sporting goods and fashion industry and has a proven track record across brand, sales and general management functions. One of his first priorities will be to develop the adidas strategy beyond 2020 together with his Executive Board colleagues. I am convinced that he and his team will lead adidas and Reebok to continued and sustainable success in the next strategic cycle and beyond,” continued Igor.

Brian Grevy is 48 years old and Danish. He has more than 20 years of business management experience, including extensive brand and product development skills. Brian Grevy started his professional career as Key Account Manager, Reebok Nordics, for adidas Danmark A/S in Copenhagen in 1998.

He subsequently held leadership positions of increasing responsibility in the adidas Nordics organization before moving to the adidas Headquarters in Herzogenaurach, Germany, in 2006 as Director Men’s Training. From 2012 to 2014, Brian Grevy was based in Stockholm as General Manager adidas Nordics. From 2014 to 2016, he led the adidas Business Unit Training as General Manager, being responsible for adidas’ largest global sports business. A former semi-professional handball player, Brian Grevy is an avid athlete. He is married, with two children. 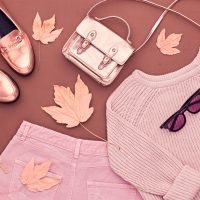 What are the strategies used in the fashion industry in Korea?
Next Article 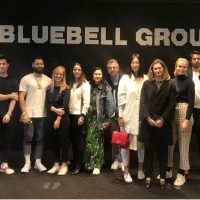 EXCLUSIVE: Into the network of the 65-year-old brand curator and operator in Asia