Another month and another top fashion house loses its creative director – this time Italian label Tod’s. The company announced last week that the creative director of its women’s collections, Alessandra Facchinetti, was stepping down from her role with immediate effect.

“I would like to thank Alessandra for her contribution to Tod’s. We wanted to develop the Italian style as well as a strong point of view in fashion, presenting a show not to be missed in Milan, and we have reached these objectives,” said Tod’s chairman and CEO Diego Della Valle.

Facchinetti said: “It has been an honour to work with this extraordinary family company which puts quality, craftsmanship and excellency at the centre of its business and I am grateful to Tod’s, and especially to Diego and Andrea Della Valle, who have given me outstanding support and who will remain dear friends.” 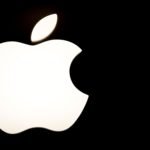 Asian Tech Sector dragged into depression by Apple
Next Article 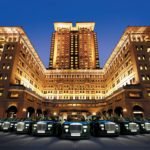