Will LV’s store closure in CWB create a domino effect?

When Italian fashion label Prada confirmed that it would end the lease of its Causeway Bay flagship store last June 2020, the landlord announced that it would slash the monthly rent of HK$9 million by 44% for its next tenant.

After Prada announced that it will not renew the lease in Russell Street, also Louis Vuitton  shares that has no intention to renew its lease for its store in the Times Square mall in Causeway Bay, after the mall’s owner, Wharf Real Estate Investment Corporation (Wharf Reic), refused to lower the rent on its prime second-floor space.

In the same area, just in front of Prada store is Tiffany & Co. that if following its peers will leave the corner between Russell Street and Canal Road without its anchors.

Louis Vuitton has currently eight stores in Hong Kong, 2 of them are in Causeway Bay, one in Times Square and the other one at Lee Gardens mall, just a four-minute walk from each other.

The brand had previously announced plans to open an additional store at Hong Kong International Airport in 2021, so the number of stores in the city will remain the same.

Louis Vuitton pays an estimated $5 million in monthly rent for its 10,000 sqf store in Times Square, according to industry consultants. Luxury brands pay similar rents for stores in prime locations elsewhere in the city.

Wharf Reic’s apparent rejection of a request from Louis Vuitton to lower its rent contrasts with the attitude of other developers such as Swire Properties, owner of the Pacific Place in Admiralty. Swire Properties indeed was the first to come up with a series of measures, including rent concessions, to help struggling retail tenants cope with the current crisis.

As the South China Morning Post reported in October, if Chinese tourists keep shunning the city in favour of other destinations such as South Korea, Japan, Singapore and Thailand, Hong Kong risks becoming “just like any other second- or third-tier city in China”. According to the latest figures released by the Hong Kong Tourism Board, only 2.65 million people visited in November 2019, a decline of 56% from the same period last year.

Losing an anchor tenant like Louis Vuitton would create a significant blow to a mall like Times Square, which also houses boutiques of other major LVMH brands such as Dior, Fendi, Celine and Givenchy — international names that tend to attract high-end shoppers and generate the most foot traffic.

As a leader in the luxury sector, Louis Vuitton sets trends not only when it comes to fashion but also retail and business strategies. It is too early to say whether the decision by the largest luxury brand in the world to close a prime Hong Kong store will have a domino effect, triggering more prominent store closures in the city’s luxury retail sector in 2020.

The South China Morning Post has reached out to representatives from Louis Vuitton and Wharf Reic but they have declined to comment on the matter.

This article focuses on luxury anchors, however, businesses across different sectors have been announcing the reduction of their presence in HK given to discouraging results in the past few months. 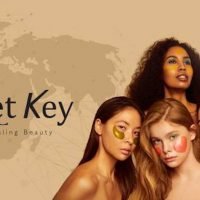 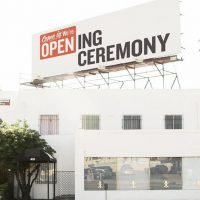