What did Chinese spend money on for CNY?

China’s traditional Spring Festival splurge continued into the Year of the Dog, with high-tech consumer goods playing a stronger role alongside festive favorites such as movie-going and eating out.

Sales at restaurants and shopping malls jumped 10.2 percent to about 926 billion yuan (USD146 billion) during the Chinese New Year holiday from 15 TO 21 February 2018 compared with last year’s Spring Festival week, according to the Ministry of Commerce. Consumer durables such as floor-sweeping robots were particularly popular shopping items.

“Detective Chinatown 2” features impressive views of New York City, classic street fights and car-chase scenes. There was an added draw – a senior officer from the New York Police Department with bouffant hair and a fondness for building walls had more than a passing resemblance to U.S. President Donald Trump.

Onshore Chinese consumer shares related to travel and film advanced yesterday morning, the first work day following the holiday, backed up by the strong tourism and box office numbers. Analysts from China International Capital Corp. wrote in a report that they expect box office takings to increase by more than 25 percent in 2018.

During the lunar holiday, around 390 million passenger trips were estimated to have been made by rail, up 8.8 percent from the equivalent period in 2017, according to railway corporation data cited by the Xinhua news agency. China’s factories and offices shut down for the week-long holiday, which unleashes the largest migration of humans on the planet.

The spending data underscores China’s long-term shift toward a consumption-led economy, and away from old-style investment and export-driven growth. Purchasing-manager survey data for February due next week will give further clues as to whether the world’s second-largest economy is maintaining its pace from 2017, when it posted the first full-year acceleration since 2010.

“Infrastructure investment in recent years has seen improvement in local facilities such as cinemas and telecommunication, especially in tier-3 and even tier-4 cities, where young people now have better access to entertainment and they will help lift overall consumption in the future,” said Wen Bin, a researcher at China Minsheng Banking Corp. in Beijing. “Strong spending power will contribute not only to domestic but also global demand.” Bloomberg 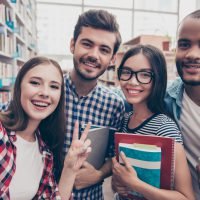 Where do the top fashion brands shop for talents?
Next Article 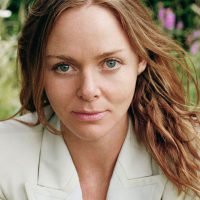