Victoria’s Secret has closed its flagship store in Causeway Bay, Hong Kong, adding its name to the list of brands fleeing the district due to the recent coronavirus pandemic and last year’s social unrest.

The retailer posted a simple paper notice on its door on 25th June that read, “We regret to inform you that we have closed the Victoria’s Secret Flagship Store at Causeway Bay in Hong Kong. You will be available to shop online on our international website.”

Last month, Greek jeweller Folli Follie closed all of its shops in Hong Kong. Meanwhile, Prada closed its flagship store on Russell Street, which is still the most expensive shopping street in the world. Tissot also left the district together with Rado, and Tiffany & Co. announced it will.

With time, Russell street will no longer be home to luxury brands but leave space to lower-end brands as it is already happening.

Landlords have been slashing rents in the city fro February and March, some in April upon retailers’ requests for help to survive the economic recession, but in May, most landlords are back to invoice full basic rent.

We will soon witness the closure of countless shops , meaning landlords will have to deal with occupancy rate rising and no longer queues to enter their malls. The fact that the mobile phone store, for example, which leased the space on Russell Street for a mere 6 per cent of what Swiss watch maker Tissot had been paying for it leaves discontent about current tenants.

Victoria’s Secret – which is struggling globally had leased five levels totalling 50,000 square foot at Capitol Centre, the busiest shopping location in Causeway Bay, signing a 10-year lease in 2017 for an estimated HK$7 million (US$900,000) a month. That was about 50 per cent lower than what the previous tenant – US fashion brand Forever 21 – paid for the space. It was not immediately clear whether it will face an early lease termination penalty and what it might be.

“Although it is a 10-year lease, the tenant will have a clause option to renew after several years of operation. It is hard to predict if the early termination in this case will involve a penalty or not,” said Tony Lo, a director at the real estate agency Midland IC & I, adding most leases include an option for the tenants to renew after two to three years.

He added that only time will tell if such luxury retailers will return to Hong Kong.

“It is a trend for big brands to close their stores with high rents to stop bleeding at a time when sales deteriorate rapidly. They perhaps will come back when the market recovers later,” he said.

The closing leaves Hong Kong with no Victoria’s Secret outlet after its beauty and accessories store at New Town Plaza shut two years ago.

Hong Kong tourist arrivals dropped 99.9 percent to just 4,125 in April, from 5.58 million a year ago, according data from the Hong Kong Tourism Board.

SEE ALSO : Anya Hindmarch launches I AM A Plastic Bag in Hong Kong

Retail in Asia monitors the situation in Hong Kong and from informal conversations with retailers among our readers hears that unfortunately more and more stores will close with brands shutting Hong Kong operations. Rent is the highest expense for any company setting operations in Hong Kong, and for a city built on tourists’ consumption, the current situation is unsustainable.

Will landlords save the city by coming to an agreement with their tenants to limit damages and rebrand the city or let it bleed? 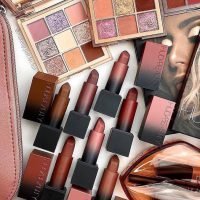 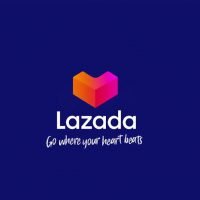