Every year on 14th February, people from all over the world celebrate love and show appreciation to their beloved ones. It is common to celebrate with flowers, chocolates, and cards.

SEE ALSO : This Valentine’s Day: go back to basic, give flowers

Japan, like many countries, celebrates Valentine’s Day, but it has developed and incorporated in the international festival its very own customs and traditions.

Valentine’s Day in Japan dates back to the 1950s. In the past, female ‘kokuhaku’ or the act of confessing feelings was considered a taboo. It was very difficult for Japanese people to express their love to another. However, with the celebration of Valentine’s Day, women were able to openly express their feelings without being judged.

Today in Japan, it is customary for women to give chocolate to men on Valentine’s Day. The receiver does not necessary have to be her romantic partner, they could be male colleagues, friends, and family members.

Giri-choco means “obligation/gift chocolate.” This type of chocolate is given to friends, colleagues, family members, or other men who are not romantically involved with the giver. There is no special meaning behind this gift, but simply a friendly gesture.

Honmei-choco means “true feelings chocolate.” This type of chocolate is the kind given to romantic partners. To separate Honmei-choco from Giri-choco, many Japanese women will choose to make the chocolate themselves. It is usually high-quality and more expensive because it is to show how valuable the receiver is to the giver.

Tomo-choco is the “friendly chocolate.” It is for women to give to female friends. Typically, after women have given each other chocolate, they will gather and eat together.

Valentine’s Day in Japan seems more one-sided, since in custom, only women give men gifts; however, there is also White Day, which is dated on March 14th. White Day is the day when people return the sentiment with gifts to those who gave them on Valentine’s Day. In other words, traditionally, it is the day when men will give gifts to women.

How much have they spent this year? We wait for the results. 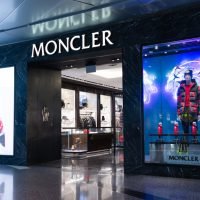 Moncler Asia, ROTW sales up 13% in 2019 on China, Korea gains
Next Article 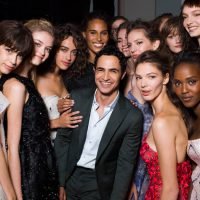