Japanese clothing brand Uniqlo is again embroiled in controversy in Korea for a contentious advertisement that Koreans believe tries to make a political statement about wartime forced labor and sex slavery during Japan’s colonial rule of the Korean Peninsula.

Uniqlo, which has fallen victim to a campaign to boycott Japanese goods here, recently released a TV commercial, designed to promote its “25 years of Fleece.”

The older designer replies, “I can’t remember that far back,” a sentence that is sparking a debate after being translated into Korean, which states, “How can I remember it was over 80 years ago?”

Many Koreans believe the translation was aimed at rejecting Korea’s calls for Japan’s apology for its wartime atrocities, its use of so-called “comfort women” and forced labors, because Japan’s mobilization of them began in earnest 80 years ago, or in 1939.

Roughly 250,000 Koreans were estimated to have been forced into labor and sexual slavery during the harsh colonial rule.

Yuji Hosaka, an expert in Seoul-Tokyo ties and a professor at Sejong University, believes the advertisement is political.

“The company says it was not intended, but the advertisement portrays strong implications. Eighty years before was not mentioned in the English dialogue, but was included in the Korean subtitle. Eighty years ago was 1939, which was when forced sexual slavery was very active,” Hosaka told YTN.

He added that the advertisement seemed to ridicule the victims, suggesting that they could not remember incidents that happened 80 years ago.

“Uniqlo must stop the advertisement or at least erase the 80-year subtitle,” Hosaka said.

Amid the growing controversy, Uniqlo Korea blamed Koreans for distorting the meaning of the advertisement.

“We can not really comprehend why it is controversial, but there might be a misunderstanding. We think [Korean people] have overly interpreted it in that way,” Uniqlo Korea said in a phone interview with JTBC.

The comment added fuel to the boycott Japan movement, which has been ongoing since the Japanese government imposed export curbs on key materials used for semiconductors and display panels in July. Uniqlo suffered a 70.1-percent drop between the fourth week of June and the fourth week of July this year.

The company released another statement claiming the advertisement was designed to target customers in 24 countries where the company sells its products.

“The ad was not designed for a specific country. It is a global advertisement. The models are real designers 98-year-old Iris Apfel and 13-year-old Kheris Rogers. The subtitles are to highlight their age difference. There are no national or historic connotations,” Uniqlo Korea said.

With no sign of the public outrage abating, Uniqlo said, it would stop showing the advertisement in Korea. 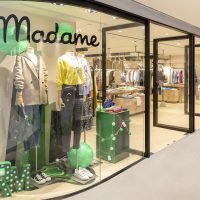 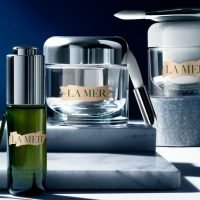