Located on Piazza Cordusio, and in close proximity to Piazza Duomo, the first Uniqlo Italy store covers 1,500 square metres over three floors, including a basement level.

“We are extremely honoured and proud to be launching in Italy in 2019. Milan is one of the world’s most important and well respected fashion capitals,” said Tadashi Yanai, Uniqlo’s Founder and Chairman, in a statement.

“We hope that the Milanese public and international visitors will embrace Uniqlo and make it theirs,” he continued.

Italy is the 10th European country entered by the Fast Retailing-owned Uniqlo and marks the chain’s 23rd market overall. Uniqlo counts more than 2,000 stores in 22 countries worldwide, with 75% of those stores located in Asia.

Fast Retailing lowered its full-year outlook, hurt by heavy discounts on winter clothes after a warm winter and losses leaking from its overseas brands. For the full year, Fast Retailing forecast an operating profit of 260 billion yen ($2.34 billion), versus its previous estimate of 270 billion yen.

The Japanese fashion retail giant also revealed that at least 461,000 consumer accounts registered across it sites had been hacked. The group said the data — including purchase history, parts of the credit card numbers and other personal information such as names, addresses and phone numbers — had been stolen. 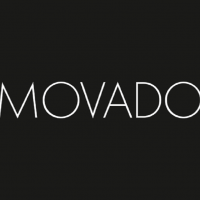