The unit of Fast Retailing Co is opening a store on Singapore’s iconic Orchard Road that will have 2,700 square meters of shopping space on three floors. The store will be Uniqlo’s largest in the region as the brand looks for growth outside Japan to revive flagging profits at its parent.

Fast Retailing is busy opening stores in the US, London and across Asia to help reduce its dependency on a home market where Japanese household spending is falling.

“Keeping the low prices every day is important. That will be critically important given this environment,” said Yanai at a briefing in Singapore ahead of the store’s debut. In May, he reversed the company’s earlier attempt to hike prices that resulted in slumping sales. “We also aspire to provide truly great clothing at the lowest possible prices.”

This will be the 25th store in Singapore for Asia’s largest clothing retailer, bringing its Southeast Asian presence to about 130 outlets. The 67-year-old Yanai, Japan’s richest man with a net worth of $18.3 billion, called the opening of the flagship store an opportunity. He sees markets in the Association of Southeast Asian Nations – the ASEAN region – possibly contributing to 30 percent of Uniqlo’s international sales in five years.

“Southeast Asia expansion will help Yanai achieve his 5 trillion-yen sales target,” said Dairo Murata, an analyst at JPMorgan Securities Japan Co. “But to achieve that goal in three years will be difficult.”

Uniqlo last September opened a six-story China flagship store in central Shanghai, and Yanai reiterated plans to open 100 stores a year in China on its way to a potential 3,000. The brand’s Southeast Asia presence includes about 30 stores each in Malaysia, Thailand and the Philippines. 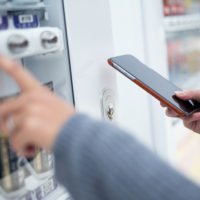