The Shilla Duty Free is partnering with popular Chinese webtoon artists to boost its appeal to travelling Chinese shoppers.

The travel retailer said that this is the first marketing partnership of its kind in the Korean duty free industry.

Webtoons have become an increasingly influential media tool to connect closely with consumers, Shilla noted. “Unlike traditional advertisements, webtoons use storytelling that is easily relatable while utilising artists’ existing fandom.”

The partnership with two webtoon artists, Niu Hong Hong (牛轰轰) and Ruo Guan (弱冠), specifically targets Chinese women in their 20s to 30s – The Shilla Duty Free’s main customer base (as the charts below show, visitors between 21 and 40 made up 57.3 percent of Chinese arrivals in South Korea last year and those between 21 and 30 almost 31 percent).

Shilla’s stores are being featured in webtoons and the contents promoted through each artist’s social media platforms.

Real-time comments such as “I would like to shop there”; “I should visit there during my next visit to Korea”; and “I like the store interior” appear on the webtoons.

A spokesperson said, “The partnership with Chinese webtoon artists is a first in the industry. We expect to be able to connect better with Chinese customers. Creative marketing like this will be continued during the peak seasons such as Chinese Lunar New Year, the Mid-Autumn Festival and the National Day of China, to broaden the communication with our customers.” 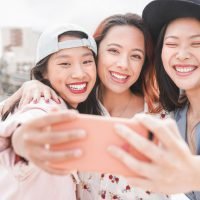 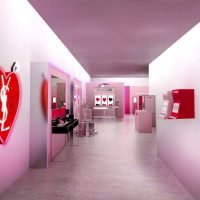