Convenience store giant 7-Eleven will enter a brand new Asian market, with the opening of its debut Laos stores in the coming two years.

CP All, the listed retail subsidiary of Thailand’s Charoen Pokphand Group, was named the licensed distributor of 7-Eleven in Laos, operating under the newly secured, CP All Laos.

The partnership serves as a master franchise agreement with Texas-based 7-Eleven, a wholly owned subsidiary of Seven-Eleven Japan, to operate the convenience store chain in Laos for 30 years, reported the Nikkei Asian Review.

The two parties may extend by two additional 20- year terms, said CP ALL in a statement.

The first 7-Eleven store in Laos is expected to open in the country’s capital Vientiane, Seven-Eleven Japan told media outlets on 31st August.

Laos will be the 20th country and region for the 7- Eleven store chain to set up shop. CP All Laos has an initial registered capital of $2.2 million.

It is not the first time CP All has been tapped to bring 7-Eleven convenience stores to new territories in Asia.

CP All previously announced in May it will bring the convenience store chain to Cambodia in 2021, saluting its strategy to expand its footprint in the fast-growing nations located in the Association of Southeast Asian Nations region.

In addition to Laos and Cambodia, CP All also runs some 12,000 7-Eleven stores in its domestic market of Thailand.

More than a regular convenience store that sells food and drink, Thai 7-Elevens are consumer institutions offering services that include banking, bill paying and other financial services, as well as digital technology and delivery. It is predicted that the Laos stores will offer the same services.

According to the Kasikorn Research Center, the Laos retail market has grown by around 8.7% annually and was worth around US$1.35 billion in 2019. 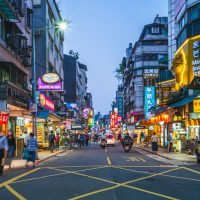 How did Taiwan's retail industry do in July?
Next Article 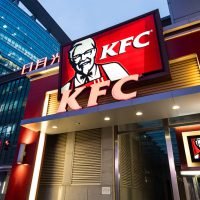