Thailand is the latest nation to ban single-use plastic bags, first introducing the regulation across select retailers including 7-Eleven, from 1st January.

Thailand’s ban on single-use plastic bags at major stores went into effect on the first day of 2020, as part of the government’s long-term campaign to reduce ocean pollution.

According to media reports, Thailand is ranked as one of the top contributors to sea waste worldwide, where individuals are said to use an average of eight plastic bags a day.

However, Thailand is slowly dropping down the waster ladder, thanks to initiatives like single-use plastic bag-free days, and effective lobbying of the government by environmental campaigners.

“Thailand was ranked sixth among the world’s top countries that dumps waste into the sea,” Minister of Natural Resources and Environment Varawut Silpa-Archa told reporters, after handing out reusable bags to the public.

“During the past five months, we were down to 10th … thanks to the cooperation of the Thai people,” Silpa-Archa added, as per a report by Reuters.

Following the 2020 ban, a complete ban of bags that includes smaller shops will go into effect in 2021, with a government campaign to eliminate their use by 2022.

In 2019, Thailand reduced the use of plastic bags by 2 billion, equating to 5,765 tonnes, after the government began encouraging shoppers to voluntarily refuse plastic bags at stores.

In Asia Pacific, several countries and cities have already made the pledge to eradicate single-use plastic bags in the next few years. Among those pledging include Australia, Taiwan, China and New Dehli, India.

According to the United Nations Environment Programme (UNEP), up to 5 trillion plastic bags are consumed each year. 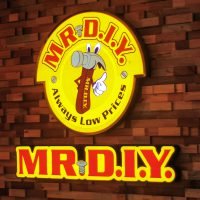 The Mills Fabrica closes 2019 with 9 investments