Thailand’s Café Amazon has made its debut in Ho Chi Minh City, serving as the coffee house’s second location in Vietnam to date.

Located on Phan Xich Long street, in the Phu Nhuan district of Ho Chi Minh City, the latest Café Amazon has been designed with an emphasis on lightness and greenery and features a plant wall with neon lighting that reads ‘Café Amazon’ in a white light. Mid—century wooden furniture, made up of tables and seating, both stools and regular chairs, punctuate the modern space, against light walls and floors.

Café Amazon, which has over 3,500 branches throughout Thailand, enters Vietnam via a partnership between PTT Oil and Retail Business, which is a subsidiary of Thai energy giant PTT, and Central Restaurant Group.

Café Amazon was founded in 2002 to provide beverages and food to travellers refuelling at the company’s gas stations, before rebranding as a modern standalone café several years later. In 2020, PTTOR said it plans to invest US$1.3 billion to open 20,000 branches of Café Amazon over the next five years under a franchise business model.

With a store count of 2,750 globally, Café Amazon currently boasts 2,500 branches in Thailand and 200 outlets overseas including in Singapore, Laos, Cambodia, Myanmar, the Philippines, Japan and Oman. 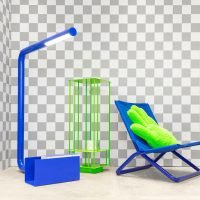 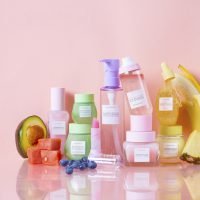