TEPPANYAKI MIHARA opens at The Parkside in Hong Kong

Prestigious yet affordable Japanese gastronomy with a contemporary global twist debuts in Tseung Kwan O with the opening of TEPPANYAKI MIHARA at The Parkside in mid-February 2021 to serve the neighborhood.

In the past few months, several F&B concepts populated the city despite the covid-19 cases and yet high rental prices.

Setting a new benchmark for classy Japanese-fusion dining in the ‘new town’, the new grill is named after its accomplished chef Terufumi Mihara, with an international background including Chief Chef at the Japanese Consulate in Chicago for Consul Mitsuo Sakaba, and Hong Kong accolades at Teppanyaki Sanka in Central.

Finest seasonal ingredients for signature specialties on his premium menu include prized Miyazaki A4 Wagyu beef sirloin known for its snowflake-like marbling from Japanese Black cattle and Hokkaido pork, revered for its high collagen and Vitamin B1 content, healthy fats.

Jet-fresh seafood including tuna from “Daisen”, one for Japan’s oldest tuna suppliers, and Hokkaido scallop and oysters along with Canadian lobster and South African abalone, is personally sourced by the restaurant’s local team from Japan.

For seafood, Chef Mihara is especially skilled at the Shiogama-Yaki style of cooking style, steaming fish in a crust of salt and egg white on the grill, retaining moistness and tenderness for maximum flavour. The technique also creates stunning presentation, cracked open on the table for guests when served.

With extensive global experience and Italian cuisine expertise, Chef Terufumi is also a master of  desserts embracing the best of Japanese and Mediterranean treats, including Soufflé Pancake with Macadamia Nut Sauce, Green Tea Brule, Coffee Tiramisu and Panna Cotta with Strawberry Soup, along with ‘show stoppers’’ created on the teppanyaki grill.

An extensive collection of over 100 rare sakes, wines, shochu and spirits curated by a respected WSET sommelier, with strong focus on premium natural ‘lieu-dit’ wine to enhance natural flavour of the food, includes over 30 choices available to order by glass.

While previously off the radar as a dining destination, Tseung Kwan O ‘new town’ is a popular residential district for Hong Kong’s young professionals and families, just 30-minutes by MTR from Central, and minutes from Clearwater Bay.

TEPPANYAKI MIHARA is opening in mid-February 2021 at The Parkside, alongside sister restaurant IZAKAYA BY K, where Michelin-trained Japanese chef Yusuke Kitade is promising exceptional Japanese cuisine with a fashionable French twist at a cosy izakaya modelled after Tokyo’s legendary ‘after work’ social hubs. The stellar chef from Michelin-star French-Japanese fusion restaurant à nu retrouvez-vous in Tokyo, who also helmed the brand in Hong Kong and worked previously in Australia, now revives his signature contemporary Japanese haute cuisine at the new destination-dining hotspot in Tseung Kwan O, overseeing both sister restaurants. 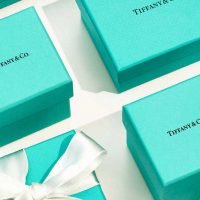 Tiffany sales up on China demand
Next Article 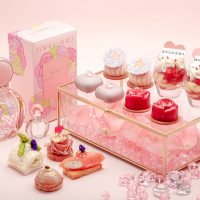 The Langham collaborates with BVLGARI for afternoon tea set