South Korean IT companies are mulling to make remote working arrangements permanent after return to office work has been delayed by the new spike in coronavirus infections.

SEE ALSO : GU to close all stores in South Korea

Work schedule was to be normalized but put on hold after re-surge of virus infections in Korea over the long holiday week early May.

“Line Works, the work-based messaging platform run by Works Mobile of Naver, helps raise the efficiency for remote workers. We are confident that current work-from-home can be continued with no trouble in work,” said a Naver official.

The country’s biggest chat operator Kakao Corp. also notified its employees that the current one-day-a-week commute will be extended for additional week amid virus threat. The company enforced work-from-home on 26th February and its employees started rotational commute one day a week since 9th April.

“This could be an opportunity to change the manner in which companies operate and employees work. Kakao’s online workplace solution Agit and messaging platform Kakao Talk will help speed up transition into open, shared and communicating work environment,” said Mason Yeo and Sean Joh, co-CEOs of Kakao.

SEE ALSO : What is the new home appliance consumption trend in Korea?

Burberry releases preliminary results for the year
Next Article 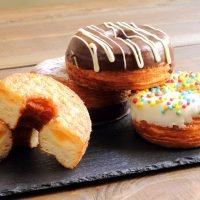