Convenience stores in Taiwan saw their sales rise in the first quarter despite an overall decline in activity in the retail sector because of higher online demand and more outlets, according to Taiwan’s Ministry of Economic Affairs (MOEA) figures.

Though overall retail sales were down 0.6 percent in the first quarter, convenience store sales grew 5 percent year-on-year to NT$84.7 billion (US$2.83 billion), data compiled by the MOEA showed.

The chains catered to consumers who preferred to shop at home during the COVID-19 outbreak by expanding their e-commerce operations, leading to 25 percent growth in first quarter online sales, far outpacing the 4.7 percent sales growth at their physical outlets.

Online sales still only accounted for 1.1 percent of total convenience store sales in Taiwan in the first quarter, but that was up from 0.9 percent during the same period of 2019.

An increase in stores helped boost revenue during the quarter.

In the first quarter, convenience store sales accounted for 27.3 percent of total retail sales, up from 26.1 percent for all of 2019, while department store chains, which were affected by fears of the COVID-19 outbreak, saw their share fall to 23.6 percent in the quarter from 27.9 percent last year, the MOEA said.

In 2019, convenience stores registered a record NT$331.6 billion in sales, up 3.1 percent from a year earlier, MOEA data showed.

The growing importance of convenience stores in Taiwan’s retail sector has been noticeable in recent years, helped by an expansion of stores from 8,564 at the end of 2016 to 11,465 at the end of 2019.

Convenience chains have also been successful in launching different shop styles to broaden their appeal, including working with outside vendors to provide fresh food and fresh coffee, a strategy that has helped sales continue to grow, the MOEA said. Renown files for bankruptcy
Next Article 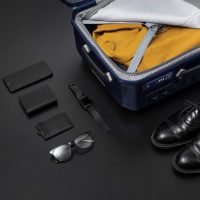