Taiwanese beauty company Chlitina is expanding its operations in Vietnam, announcing plans to open 20 more stores in the Southeast Asian nation by 2024.

SEE ALSO : More than half of Taiwan retailers plans to expand in 2021

The skin care and beauty salon franchise company said it plans to roll-out the store openings as a part of a three-year retail expansion plan, according to Cosmetic Design Asia.

“Women in Vietnam share a lot culturally speaking with women in China, especially in terms of standards of beauty,” continued Marcout.

Despite being Taiwan-based, the company’s largest market is China (or 95 percent of its operations) where it operates some 4,500 franchises. Taiwan boasts 200, Hong Kong has 12 stores, with Vietnam only around ten outlets.

The Vietnamese market, which Chlitina first entered in 2018, is set to triple in size, however, with the latest announcement, even though salons in the nation have been hit by the restrictions related to Covid-19.

The firm’s faith in Vietnam is even more evident with its most recent flagship opening in Ho Chi Ming City on 20th March. Spanning five floors, the new salon is more of a lifestyle and fitness experience, boasting a store as well as spa and café, in addition to training facilities for beauticians.

Founded in 1989 by Taiwanese chemist Wu-Kang Chen in 1989, Chlitina is today run by the Chen’s daughter, Joanna Chen. The skincare and beauty salon company boasts a
network of over 4,800 franchisees in China, Taiwan and Southeast Asia.

Looking ahead, Chlitina is looking to explore the Southeast Asian region even more, with new market entries into countries like Indonesia and Malaysia, on the cards. 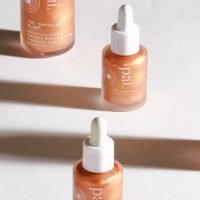 JD.com partners with Louis Vuitton to launch a new model