The first of the three-floor store will feature an independent Reserve Bar serving specialty coffee beverages and light food. The second floor will serve a diverse range of Teavana drinks such as blended Fizzio beverages, and the third floor will be an open space for its customers.

Starbucks Korea said that the renovated Ewha R store is different from other Starbucks stores in Korea in that it does not offer general Starbucks beverages and it only serves premium drinks. Globally, Starbucks runs a few premium coffee bars in the United States and China, and Ewha R is the first of its kind in Korea.

The first floor of the renovated store will be decorated with a copperplate and signboard with gold color design that symbolizes itself as the first branch in Korea. The store also has an art installation expressing street scenes near Ewha R as well as world’s first Starbucks store Pike Place in Seattle and its historic roastery near the original store.

As a promotional event to celebrate the opening of the refurbished store near Ewha Womans University, Starbucks Korea will sell limited 500 specially-made glass cups that represent the No. 1 store. Each customer can buy up to two cups, and all the proceeds will be donated to ChildFund Korea that support child welfare projects, the company said.

On the day of its 20th anniversary, on July 27, 2019,  Starbucks Korea will give out free Teavana Byuldabang Iced Tea drinks to a total 20 visitors stopping by Ewha R on a first come first serve basis.

Starbucks Korea opened the country’s first Starbucks store in front of Ewha Womans University on July 27, 1999, and has aggressively expanded its presence to become a leading coffee chain in Korea since then. It managed 1,262 local stores and earned 1.5 trillion won (US$1.3 billion) in sales last year. 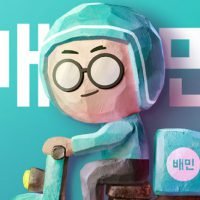 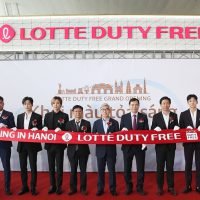