Vietnamese property developer Vingroup logged a 438% jump in its retail business to 6.9 trillion dong ($309 million), in the first half of 2016. The retail business now makes up around 20% of the company’s revenue.

That impressive growth comes after Vingroup Chairman Pham Nhat Vuong revealed the company’s decision to make retailing a core business, hoping to increase its contribution to sales to around 50% of the group total in the coming years.

According to Vingroup’s financial results published Monday, Vingroup’s revenue doubled to 24.1 trillion dong ($1 billion) in the first half of 2016, contributing a more than fourfold expansion in its net profit to 2.9 trillion dong ($130 million), meeting 98% of the company’s full-year target.

The company attributed the strong January-June numbers to solid growth in all segments in the second quarter, led by a 226% increase in the retail sector, followed by 59% growth in tourism. Education revenues climbed 57%, while the health care business saw 53% growth.

Its revenues in apartment management services rose 39%. The real estate segment, the main contributor to overall revenue, posted a 31% increase to 4.3 trillion dong. Vingroup’s, earnings from investment also added significantly to revenue, surging 228% to 2.5 trillion dong in the first half. 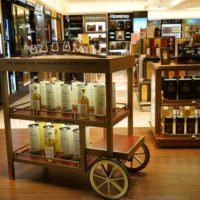