The ANZ-Roy Morgan Vietnam Consumer Confidence Index slid 4.9 points to 133.7 in August over July, caused by weaker sentiment across all components in a monthly survey.

This month’s figure was 1.8 points lower than the level recorded a year ago, according to a report published by ANZ Bank on Wednesday.

Thirty-one percent (down 3 percentage points) of Vietnamese respondents said their families are "better off" financially than at the same time last year – the lowest recorded for the indicator since last November. Twenty-two percent (up 1 percentage point) claimed they were "worse off".

Previous ArticleKrispy Kreme to Open 10 Shops in Myanmar
Next Article 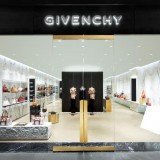