Vietnam to be Asia’s fastest-growing convenience market by 2021

Vietnam is set to become Asia’s fastest-growing convenience market by 2021, according to new data released this week by international grocery research organisation IGD.

The Southeast Asia nation is forecast to lead the way for growth in the convenience channel over the next four years, ahead of neighbours the Philippines and Indonesia, said IGD.

“Convenience stores in Vietnam have become popular destinations for young consumers to shop and hang out, as the stores provide them with an air-conditioned environment, well-organised shelves and seating areas, high quality products and, in some stores, free Wi-Fi,” said Nick Miles, head of Asia-Pacific, IGD.

IGD forecast double-digit compound annual growth over the next four years in Vietnam (37.4%), the Philippines (24.2%) and Indonesia (15.8%), based on the performance of the major convenience store operators in each market.

“The retail markets in these three countries are gradually shifting from traditional to modern trade, and there are several factors driving this: a positive economic outlook; a significant increase in GDP per capita; deregulated markets encouraging more foreign investment; and rapidly changing shopper habits,” said Miles.

Asia’s grocery market is currently the biggest globally, with a predicted 6.3% compound annual growth rate up to 2021. The region is set to reach US$4.8 trillion by 2021, the same size in terms of sales volume as that of Europe and North America collectively.

“Among all the bricks and mortar grocery channels, convenience shows the strongest growth prospects in Asia, thanks to rapid urbanisation, a growing young population and greater levels of disposable income”, concluded Miles. 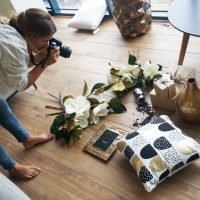