Intrepid was founded by Khang Chim and Chris Beselin, and was spun out of venture builder Fram, where Beselin is chairman and co-founder.

Chim serves as the startup’s CEO and was Lazada’s head of sales in Vietnam from 2013 to 2015, while Beselin was a Lazada co-founder and the ecommerce firm’s Vietnam CEO from 2012 to 2014.

Other Lazada alumni on the company’s board include Igor Pezzilli, the ex-CEO of Lazada Malaysia, and Adrien Cohen, the former regional head of electronics for Lazada Group.

Intrepid works as an ecommerce partner for Vietnam’s offline retailers – from individual entrepreneurs and distributors to mom-and-pop stores and big brands – to help them get online and optimize their presence on ecommerce marketplaces.

It counts Lazada’s Vietnam site as an official partner.

Beselin, who also serves as Intrepid’s chairman and has invested in the startup, told Tech in Asia that its ecommerce service provider model is similar to that of Tmall partners like publicly listed Baozun in China.

“Basically, we are helping vendors to succeed in selling through the big marketplaces in the region. Within this scope, we help them with campaign management, assortment planning, real-time pricing, online marketing, stock keeping management, and much, much more,” he said.

“In the case of Lazada, we would take full control and manage the Lazada accounts of these vendors completely.”

Beselin said that the idea for Intrepid came from the founding team’s days working at now Alibaba-owned Lazada, where they noticed that retailers and distributors tended to struggle when it came to online sales.

“The majority of [them were] coming from a pure offline retail background and might not be used to B2C sales at all,” he said.

Beselin added, “Ecommerce is not about doing one or two things right. It’s about getting hundreds of small details as right as possible, as often as possible, and across as many of your products as possible – often thousands. With big data and real-time updates of pricing, assortment, and so on, this challenge becomes fairly complex for these vendors to manage and win.”

The funding will be used to continue the startup’s ongoing expansion into the Philippines (it has already opened its first overseas office in Hong Kong).

Beselin said that the Philippine launch is set for six weeks from now. Indonesia and Thailand are the “most likely” expansion targets after that. 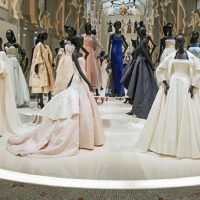 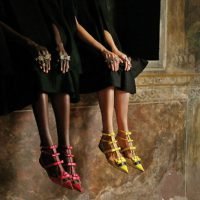