Miniso has been mentioned repeatedly in local newspapers. The retailer has announced its official presence in Vietnam through a franchise contract signed with Le Bao Minh Group.

Analysts commented that with the investment from Alibaba, Lazada Vietnam would have more opportunities to develop because it would be able to spend more money on advert campaigns and increase goods supply from China.

SEE ALSO:  Why is Vietnam attracting so many foreign investors?

According to the US Securities And Exchange Commission, Alibaba has outstripped Walmart to become the world’s largest retailer. Its online transaction value accounts for 10 percent of retail transactions in China.

According to Vu Vinh Phu, chair of the Hanoi Supermarket Association, the Vietnamese consumer market is attractive to foreign retailers, as retail turnover was $100 billion last year.

Vietnam has a large population (over 91 million people), of which 60 percent are young consumers, per capita income at $1,890 in 2015, fast pace of urbanization, and growing middle class.

Le Phung Hao, chair of the Vietnam Marketing Association, anticipated that more Chinese goods would be brought to Vietnam thanks to the presence of retail groups from China.

Instead of dealing with low-quality and smuggled goods flown from remote areas, Vietnam will have to compete with Chinese goods available at luxury shops in large cities. Australia's No.3 player Nature's Care try to sell vitamins as a luxury item
Next Article 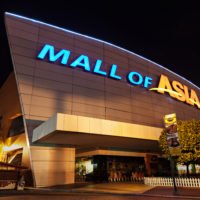