The company with the biggest grip on Thailand’s brick-and-mortar retail market is expecting a partnership with China’s JD.com Inc. to pursue online growth.

Central Group, which controls Thailand’s biggest operator of shopping malls and department stores, expects online sales to account for as much as 15 percent of its revenue in five years, from 2 percent now. The partnership with JD will help it compete in South East Asia’s booming e-commerce market and also open up businesses opportunities in China, Chief Executive Officer Tos Chirathivat said in an interview.

With an empire that also includes hotels, supermarkets and restaurants, Central Group is counting on online growth to help drive sales. The company first announced its $500 million joint venture with JD in September 2017, teaming up with China’s second-largest e-commerce operator. Tos estimates that online retail in Thailand could rise fivefold to 10 percent of the market as the country of nearly 70 million develops and access to the web spreads through smartphones.

“We obviously want to be the leading player in the 10 percent so it doesn’t really matter what kind of percent of the group it is,” Tos said in the Jan. 3 interview at his Bangkok office. “The important thing is to be the leader in the market itself.”

Central Group and JD are competing in an increasingly crowded market, with Alibaba Group Holding Ltd. expanding in South East Asia through Lazada while Amazon.com Inc. kicked off with a beachhead in Singapore last year.

Southeast Asia is home to more than 600 million people and the region’s internet economy, which includes e-commerce, online travel and ride-hailing, may grow fourfold by 2025 from an estimate of $50 billion in 2017, according to a joint research report by Google and Temasek Holdings Pte.

While Central Group is a privately-held investment arm of the Chirathivat family, the company controls a number of publicly traded businesses. Central Pattana Pcl is a mall developer, Central Plaza Hotel Pcl operates resorts and restaurants, Robinson Pcl has a chain of department stores and COL Pcl does office supplies.

Central Group is targeting annual revenue growth of 13 percent in 2018 based on the company’s five-year strategy plan, said Tos. That number may be higher with mergers and acquisitions, and the company could consider deals in the billions of dollars if the opportunity is right, he said.

Local sentiment is helping the company, with consumer spending in Thailand picking up after the October cremation of late King Bhumibol Adulyadej ended the nation’s yearlong mourning period.

“If the trend continues like this then this year should be good,” said Tos. 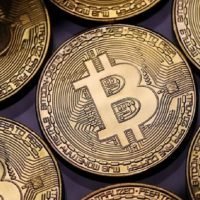 Here it is your cryptocurrency crash course
Next Article 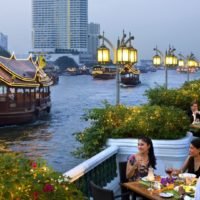 8 most fun, friendly, and affordable cities on this side of the world