Singapore now has its own shopping version of Golden Week that could help woo Chinese tourists traveling abroad during a week-long national holiday in China.

Brands from Estee Lauder to Nike to Samsonite are offering discounts in the city-state starting Friday, coinciding with China’s National Day public holidays.

The promotions are aimed at grabbing a slice of the more than half a billion Chinese who are expected to travel domestically and overseas for the annual holiday that starts Oct. 1.

Singapore is trying to revive its flagging retail industry, where sales excluding motor vehicles have fallen in ten of the past 12 months.

During the promotion period, malls such as those owned by Southeast Asia’s biggest developer CapitaLand Ltd., and Hong Kong’s Sun Hung Kai Properties Ltd. will offer lucky draws and free limousine rides to users of UnionPay, China’s card-payment equivalent of Visa and MasterCard.

An estimated 589 million Chinese will travel overseas and domestically for leisure during the upcoming holiday period, according to a report by the China Tourism Academy.

Singapore was number 7 on the list of the top destinations, lagging behind countries including Thailand, South Korea and Japan.

Those who do arrive in the Asean country have also been spending less at shops, data from the Singapore Tourism Board showed.

While visitor arrivals from China have grown annually, Chinese spending has fallen, accounting for 44 percent of tourism receipts in the first quarter of the year from 53 percent in the same period in 2012.

The city-state’s newest promotion is “obviously an attempt to bring Chinese mainlanders back to Singapore,” said Claire Mula, co-founder of Singapore-based Sprooki. Kids Around to bring DKNY Kids to India
Next Article 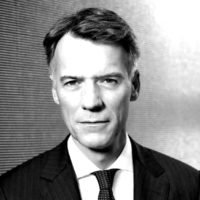