More than a third of Singapore consumers say they will spend more online in 2017, drawn in by the convenience of Internet shopping, especially via smartphones.

According to a Paypal survey, around 38 per cent of interviewees expect to spend more this year, with 78 per cent of these citing convenience as the main reason.

The reason? Mobiles. Singapore mobile shopping sales are predicted to surge 42 per cent this year over 2016, totalling more than S$1.2 billion (US$848 million). The figure accounts for almost a third of the total online spend (S$3.5 billion) in the country, added Paypal.

By category, Singaporeans favour mobile spending on day-to-day items. The payment firm predicted growth across household goods (21%), groceries, food and beverage, and alcohol (15%), as well as baby and children’s supplies (12%).

Looking at the Asia Pacific region, cross-border mobile transactions are proving popular, according to Paypal. Some 68 per cent of all cross-border shoppers in the region have made a cross-border purchase on a smartphone in the past twelve months — the highest globally.

“2017 looks to be a year of growth and opportunities for savvy businesses that are equipped to take their sales online, on mobile and in-app,” said Rahul Shinghal, general manager for PayPal Southeast Asia.

“This in turn provides endless choices and possibilities for the mobile-savvy generation as they live their lives on the go.”

According to Kantar TNS’ study “connected life” released in December last year, Asia Pacific is leading the world in mobile payments with over half (53%) of connected consumers using their mobiles to pay for goods or services at points of sale via apps, in comparison to 33% in North America and 35% in Europe. 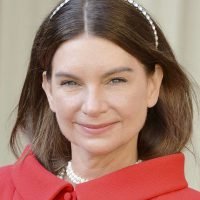