Orchard Road is meant to be Singapore’s premier shopping belt, but you wouldn’t know it if you strolled into many of the malls along the 2.2km stretch these days.

The vacancy rate in malls within the Orchard planning area hit a five-year high in the first quarter at 8.8 per cent . Island wide, vacancy rates are 7.3 per cent. In contrast, vacancies in malls outside the city area are 6.4 per cent.

To be sure, the retail scene is in trouble nationwide. Retailers’ takings fell 3.2 per cent in February against the same month a year ago. Stripping out motor vehicles, retail sales dropped by a heftier 9.6 per cent.

But it is Orchard Road that appears worst hit, thanks to a softening global economy that has crimped tourism growth. The number of visitors to Singapore was up by 0.9 per cent at 15.2 million last year, but their overall spending fell 6.8 per cent to $22 billion – the first drop in tourism receipts in six years, since the global financial crisis.

What ails Orchard Road malls is that many lack a unique positioning and feature similar tenants.

Retail experts say that when shoppers have so much choice, malls need to have differentiated offerings to stand out. Yet many malls feature mainstream brands that shoppers can find elsewhere.

Brands like H&M, Forever 21, Uniqlo and Cotton On are popular. Dr Seshan Ramaswami, associate professor of marketing education at Singapore Management University, said: “The massive scale and scope of (H&M and Uniqlo’s) business across the world allow them to have relatively lower variable costs for their offerings.”

Such brands may appeal to the value-conscious shopper. But they are available in neighbouring countries, and are no longer novel to tourists. 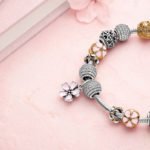