In light of a weakening retail environment here, retailers are looking to the annual, month-long Great Singapore Sale (GSS), which began early this month, to bring about a much-needed spike in their sales charts.

According to the Singapore Statistics website, the year-on-year retail sales figures for June have been dipping over the past two years, indicating that the positive impact of the GSS on retail sales could be declining.

This, of course, is due to several factors, according to Desmond Sim, head of research for Singapore and South East Asia at CBRE, Asia Pacific Research. Aside from the general challenges currently facing retailers such as the headwinds the economy is facing and the rise of e-commerce, Sim noted that the increasing number of sales being held outside of the central shopping district at locations such as Singapore Expo and suburban malls has eroded the significance of the GSS somewhat.

“Brands and malls are holding their sales outside of GSS to get their inventory in a healthier state,” said Sim.

“(If you are) looking at the current consumer spending patterns, (you’ll see that) people either spend when they need to buy something, or they spend overseas or online — most people won’t wait for a particular month to buy something.”

He also pointed out that quite a few countries in the region have their version of the GSS as well, such as the Malaysia Mega Sale Shopping Carnival, which typically happens in the third quarter of the year.

“It is highly competitive within and outside of the country,” he said, adding that it would depend on the price points and discounts in order to make the GSS “a real Great Singapore Sale”. 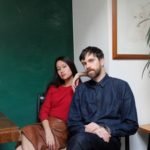 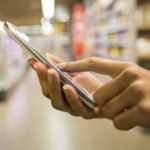 Is India the Next E-Commerce Battleground?