The watch industry has always been considered quite conservative and dominated by big players. It has recently been disrupted by the proliferation of young brands, which turned watches into fashion accessories.

Millennials represent these new watchmakers’ main target market. Watchmakers have realized that millennials see watches as are more of an element of style rather than a social statement. They no longer feel like saving up to buy a timepiece, they rather collect lifestyle accessories  at an accessible price on a regular basis.

SEE ALSO : A Watch Brand by and for Millennials (The New York Times)

This is the philosophy behind the success of young brands, which have built their brand identity one post at a time on social media. Among them, MVMT (to be pronounced ‘movement’)’with over 1m followers on Instagram is a leader in social media marketing. It has  positioned itself as an Instagram-first watch company,  fed by User Generated shots of cool millennials enjoying lifestyle experiences wearing the stylish and sporty designs of MVMT watches.

MVMT was created in 2013 by Jake Kassan and Kramer LaPlante, Co-founders and now respectively CEO and COO. Their belief, translated into watches is to live on their own terms, and enable people to do the same, through fashion accessories of high quality but at a fair price. In this regard, Kassan said: “Our whole thing is, ‘dress with intent, live with purpose’.

MVMT’s DNA is Californian with its headquarters located in Los Angeles. MVMT, within a few years, has received the endorsement of celebrities including Kylie Jenner and Klay Thompson, and the social media star Sam Kolder, a globe-trotting young videographer and thrill seeker with 585,000 Instagram followers. This led to MVMT’s first collaboration, which was sold out in less than one day. Kolder scales buildings and scuba dives with sharks. But he’s not going to five-star resorts. He’s just doing something every youngster can do.” The MVMT Revolver Watch Kolder Edition’s aesthetic mimics that of Kolder’s photography and super cool video editing styles taken with DJI drones.

MVMT delights both men and women with its design, and will increase its focus on women’s collections, as they are much more active on social media, and an entry into eyewear. For men, the customer profiles are creatively described as Mr. Ambitious, The Journeyman, The Student. The three profiles represent the millennials engaged in a conversation with the brand through its social media. As for women, the brand defines its aficionadas as The Savvy Social, The Travel Enthusiast, The Boss Babe.

After 5 years of being a digital native and DTC brand (direct to consumers) selling exclusively online, MVMT decided to move off-line and start using distribution partners to accelerate their growth worldwide and expand opportunities to physical stores.

Bluebell was one of the first distributorS to approach them, leveraging their expertise in this segment with Daniel Wellington, Cluse and Rosefield in Asia. Bluebell signed exclusive partnerships in Japan, Malaysia and Singapore. The official launch in the various markets in Asia will roll-out in September. 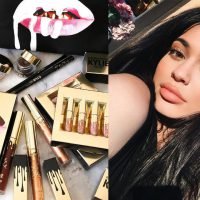 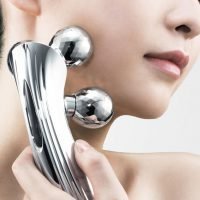 J-beauty brands to broaden their horizons