Located on level one of the ION Orchard mall, the “Pop (Up) Corn” shop is decked out in saccharine pink and blinking neon lights and takes inspiration from 60s Italian theatre.

It is also a mini-reproduction of the Italian luxury brand’s Via Condotti boutique in Rome where Hollywood icons such as Audrey Hepburn and Elizabeth Taylor would shop when in town.

Inside, the pop-up offers limited-edition Bvlgari handbags including Serpenti and Divas Dream bags in calfskin leather, as well as sparkling jewellery pieces and watches.

The standout piece is the limited-edition matching set of a Bvlgari-Bvlgari necklace and bracelet in rose gold, which is an ION Orchard exclusive. Not to mention a series of cinema-themed objects such as glitzy popcorn boxes, rectangular ticket stubs and dazzling neon lights.

The Pop (Up) Corn store is open now until December 31.

The new pop-up serves as a precursor to the official store opening in ION Orchard from Bvlgari in December, joining the store in Marina Bay.

It’s not the first time Bvlgari has opened a pop-up store in a key capital city.

For the first-quarter 2018, LVMH’s watches and jewellery category, which Bvlgari is a part of, witnessed 8% growth in revenue terms and 14% organic growth in the category, totaling 9.5 billion euros. Overall revenues tipped 33 billion euros for the three months ending September 30. 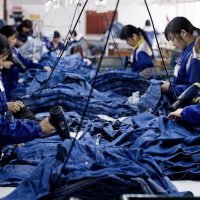 Super-fast fashion: Who will be the new China?
Next Article 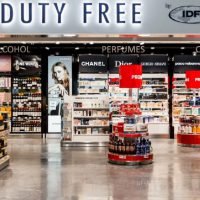