7-Eleven and Coca-Cola partner for crossover store in Singapore

The convenience store 7-Eleven Singapore has teamed up with Coca-Cola Singapore to launch the first 7-Eleven X Coca-Cola crossover store in Singapore.

The Coca-Cola Pit Stop housed in a convenience store not only showcases the beverage brand, but also gives a fun and convenient experience. 7-Eleven will also be launching its fresh and hot chicken selections in Singapore at this unique crossover store.

Located at the House of Eden (4 Robinson Road) at the heart of Raffles Place and spanning two levels, the crossover store is designed in Coca-Cola’s iconic red.

The entrance of the store has a giant Coca-Cola Splash Tree that depicts the refreshing beverages offered by Coca-Cola, and a Nostalgic Zone, with the famous Coca-Cola Cooler and vintage Coca-Cola wooden crates.

To get up to the second floor, there is the Coca-Cola-branded staircase, guided by LED-strips illuminating each stair panel and striking visuals on the stair wall. On level 2, there is a customised 7-Eleven X Coca-Cola Pit-Stop wall that pays homage to everything ‘Uniquely Singapore’, from familiar Singaporean colloquial phrases to hawker centre staples, and well-known landmarks. 7-Eleven specialities such as Mr Softee, Slurpees and the 7Cafe are also featured as part of the eclectic mural.

Customers are encouraged to relax at the Chilling and Pit-Stop area where charging points are provided. Alternatively, at the Gift Catcher zone, customers can challenge friends to win fantastic 7-Eleven and Coca-Cola prizes at two special claw machines. These prizes will be updated regularly, and include foldable bikes, picnic tables, a 20-inch luggage, beverage tumblers, sandwiches and packed meals, mini polar bear toys, and phone rings.

The second level also has attention-grabbing designs and interesting wall panels that illustrate the distinctive elements of the Coca-Cola brand. A photo-opportunity area with cut-outs such as polar bears, Coca-Cola bottles, and unique lighting that enhances the trick-eye effect are perfect backdrops for some wacky snapshots.

“As the leader in the local convenience store sector, 7-Eleven is proud to be partnering with Coca-Cola Singapore to bring to life a brand-new crossover concept for our young and trend-conscious target audience. Through this collaboration, we will further strengthen our position as a fun and innovative brand and create talk-of-the-town experiences for our customers,” said Steven Lye, Managing Director of 7-Eleven Singapore.

“Many Singaporeans have grown up with the Coca-Cola brand. Today, the convenience store culture has also become an intrinsic part of our fast-paced lifestyles as it is a place where they can purchase essentials and gain access to a wide range of services. That is why we have launched the Coca-Cola Pit Stop with 7-Eleven here in Singapore, leveraging the strength of our brands and technology. Here, they can re-energise within a safe environment that truly embodies the Coca-Cola brand. This is our way of not only giving customers meaningful experiences that cannot be replaced, but also, inspiring them,” said Chris Tan, Commercial Director, Coca-Cola Singapore Beverages.

To ensure a safe environment for customers during this second phase of reopening, safe distancing and enhanced hygiene measures have been put in place. There will be a maximum of 10 people in the store at any one time.

To celebrate the launch, customers will receive a limited-edition Coca-Cola tumbler with the purchase of four Coca-Cola 500ml bottles in a single receipt. Customers may choose between the Coca-Cola Original Taste, Coca-Cola No Sugar and Coca-Cola Vanilla. The promotion is only available at the 7-Eleven X Coca-Cola crossover store and valid till 30th September 2020, while stock lasts. 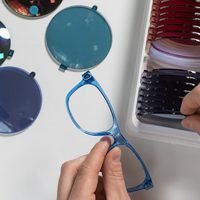 Facebook and EssilorLuxottica collaborate for smart glasses
Next Article 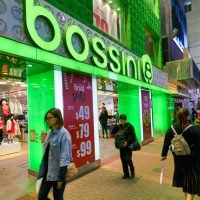