Aside from food, Singapore’s other great love is shopping, but even the Great Singapore Sale (GSS) held between May and July each year can’t seem to help the Lion City.

The GSS was started in 1994 by the Singaporean Tourism Board in association with the Singapore Retailers Association (SRA) to give the economy a boost, and was extended by two weeks this year to cater to other Asia-Pacific countries including China.

Locally, Singaporeans spend on average 27 cents more per day during GSS, but retail sales (excluding motor vehicles) decreased 3% in April 2016 compared with a year ago, according to data released by the Singapore Department of Statistics.

This can be attributed to three reasons, as per the Straits Times:

Retail vacancy rates hit 7.3 percent in the first quarter of 2016, and data from the Urban Redevelopment Authority shows that the vacancy rate for retail spaces in the Orchard Road area rose 1.2 percentage points to 8.8 percent in Q1 2016, the highest in five years.

Although the number of visitors to Singapore rose by 0.9 percent at 15.2 million in 2015, their overall spending fell 6.8 percent to $22 billion.

The solution, according to Lee Yi Shyan, Singapore’s Senior Minister of State for Trade and Industry, is to provide “better and more immersive in-store experiences.” 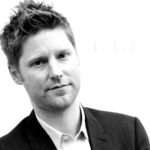 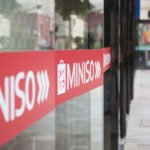