The traditional workplace in Malaysia is soon-to-be revolutionized by a new communal work space – Common Ground. Launching in early 2017, Common Ground will create a space for anyone to build their dreams through the creation of a one-stop office solution where amenities, high design, network and community all come together.

Common Ground is formed through a partnership between Southeast Asia’s top entrepreneurs. The founders are Erman Akinci, who spent the last 5 years with Catcha Group and Juhn Teo, former CEO of Guocoland’s Tower REIT along with Roen Cian Nagapan of The Roof and Rabin Nijhar of Cisco (M) Sdn. Bhd. Common Ground is also backed by Catcha Group, Southeast Asia’s leading Internet group, as well as Masteron Group, one of the regions leading property developers.

Co-founder of Common Ground, Erman Akinci, commented “Catcha Group opened its office as a communal workspace for when their operating companies were just starting up. Patrick and I noticed that our friends also started to drop by, working from our office. Soon, the Catcha Group office had different people around each day, and group conversations around an idea or problem was commonplace. We realized people kept returning to the office not for the amenities, but to be part of the amazing energy we fostered in this space. That’s when we decided to recreate the experience, supporting the existing entrepreneurial community by fostering comradery and the sharing of ideas amongst like-minded people through the creation of Common Ground.”

Common Ground is situated in a 17,000 sqft penthouse in Damansara Heights with breathtaking panoramic views of Kuala Lumpur city. It will feature over 50 private offices along with meeting rooms, hot-desking zones and an extensive communal café and lounge area. The space is easily converted to a versatile event area that will allow both members and outside parties to hold seminars and talks, designed to encourage group knowledge sharing and community building.

The communal workspace industry is estimated at approximately MYR1.3B regionally and growing fast. Traditional players in the space such as Regus and Servecorp have been stalwarts of the industry but they are seeing increased competition globally through new updated offerings from businesses like Wework and Neuehouse. These updated offerings have captivated consumers by bringing in new elements of community and network to the core proposition.

Fellow co-founder, Juhn Teo, adds “Each of us brings our own unique set of experiences to Common Ground, which could only come together in the environment we are looking to create. This is a proof point that great ideas come together in a spectacular work environment.” 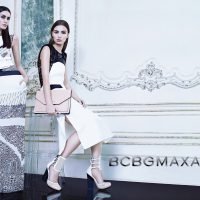 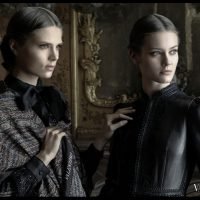