Global apparel brand Old Navy is opening their first store in Malaysia at 1 Utama Shopping Centre, the fifth largest mall in the world, on 30 September 2016.

At 800 square metres, the Old Navy Malaysia store (opened as a franchise by RSH Limited) will feature the same products as in the United States, with collections for men, women, kids and babies.

RSH Limited has a 39-year history in distribution and retail, representing over 70 international brands with over 700 stores and shop-in-shops in 11 countries.

This is the seventh franchise market expansion for Old Navy, who opened its first franchise-operated store in the Philippines in March 2014. Following the success of Gap and Banana Republic entering the Southeast Asian market in 2007, Old Navy is now following suit.

To celebrate its grand opening from 5pm to 10:30pm, Old Navy Malaysia will be giving the first customers in line a free limited edition tote bag with any purchase, and RM60 for every purchase of RM200 and above.

Additionally, the first 100 customers will be entered in a draw to win a RM1000 shopping spree. 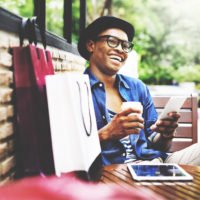 5 tips to improve the retail customer experience
Next Article