With the launch of its halal trade fair this year, Malaysian officials pointed to South Korea as a viable halal market for growth, citing a growing number of Muslim tourists interested in visiting the Northeast Asian country.

The 16th Malaysia International Halal Showcase kicked-off on April 3 in Kuala Lumpur with more than 800 exhibitors from over 30 countries participating in the event, to promote their interest in both the local and global halal market.

Among them were South Korean small and medium enterprises, showcasing items across sectors including food and beverage, pharmaceuticals and cosmetics.

A total of 21 Korea-based firms — a majority of them supported by the state-run Korea Trade-Investment Promotion Agency for the fair — eagerly communicated with potential customers and buyers throughout the four-day event.

Noting South Korea’s presence in the fair, the Department of Islamic Development of Malaysia, which is in charge of Halal certification system, said that it has been regarding Asia’s fourth-largest economy as a key Halal market. The agency is better known as JAKIM among those familiar to the Halal industry.

“There are companies that have signed joint venture with Malaysian companies – it’s nothing new really,” Sirajuddin Suhaimee, director of JAKIM told the press on the sidelines of the MIHAS.

It is crucial for firms to have the agency’s seal of approval on its products to give Halal customers a sense of assurance, Malaysian-based firms told The Korea Herald.

“It’s not only cosmetics (which is a popular import item from Korea), but we have a number of certified Halal products from Korea – like Halal kimchi,” he added, referring to Korea’s traditional dish prepared in a specific way according to Islamic Sharia law.

Wan Latiff, CEO of the Malaysia External Trade Development Corporation also raised collaborations in the past between South Korean and Malaysian firms in halal logistics as a sign of active halal exchange between the two economies, in a meeting with reporters on Thursday.

“We don’t consider it as a difficult market and with the increase in the number of Halal tourists, I believe there will be a positive development,” he added. Yusof also said that he is currently looking for South Korean partners for export and logistics.

According to a report from the Korea Tourism Organization in 2018, 870,000 Muslim tourists visited South Korea in 2017, which accounts for 6.5 percent of all tourists that came that year. The figure was an increase from 5.7 percent in 2016, marking the largest proportion of Muslim tourists since 2012. The KTO has yet to release a corresponding figure for 2018.

The report also cited an increasing interest among Muslims in Korean culture including K-pop as a major purpose for their tours.

The officials and Yusof mentioned South Korean President Moon Jae-in’s trip to Malaysia last month, where he revealed his plans to expand the nations’ bilateral trade volume, as a catalyst that will further boost Halal exchange.

The two nations are jointly working to sign a free trade agreement by the end of the year, Moon said during a summit with his counterpart and Malaysian Prime Minister Mahathir Mohamad.

MIHAS is one of the largest Halal trade fairs in the world, with more than 21,000 trade visitors from 72 countries having participated in the event last year. The four-day fair is part of the annual Global Halal Summit organized by the MATRADE in collaboration with Jakim. 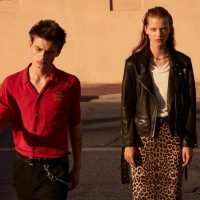 AllSaints opens its first store in SEA
Next Article 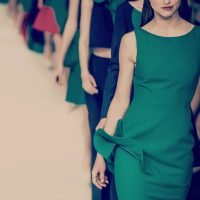