Is e-commerce taking over sales in Indonesia?

The growth rate for retail stores is now at single-digit levels, falling from above 10% in recent years. Online shopping is shouldering part of the blame, but the main culprit is a slowdown in overall consumer spending — long the driver of Indonesia’s economy — due to sluggish wage growth.

Since the busy Ramadan shopping season ended in the summer, Indonesian consumers apparently have tucked away their wallets, at least at brick-and-mortar establishments. Retail store sales in October 2017 grew by an anemic 1.3% from a year earlier, according to preliminary data released by Bank Indonesia, the country’s central bank.

This is causing store closures across the country, where the modern retail business model had entrenched itself over the years. At the end of June, all Indonesian 7-Eleven convenience stores closed their doors. In September 2017, Matahari Department Store, the nation’s largest department store chain, shuttered two southern Jakarta stores.

Same-store sales of the chain over the first nine months of the year fell 2.7% from the same period last year.

The recent lack of foot traffic at a major Jakarta department store typified the trend. As some 40 clerks stood idly chatting away, a nearby supermarket swarmed with shoppers.

Many of the vacant store fronts in the country’s commercial centers are due to the increase in e-commerce. According to one survey, online sales surged 22% in 2017 from the previous year to around $7 billion.

A bevy of powerful e-commerce sites — among them Tokopedia, one of Indonesia’s largest online marketplaces, and Alibaba Group Holding’s Lazada — are siphoning shoppers away from stores, a trend that shows no sign of abating. Online sales are projected to keep climbing at a brisk annual rate of around 20% for the foreseeable future.

The growth in smartphone usage has also spurred online shopping, especially in rural areas where modern retail shops are still few and far between.

But the rise in online shopping tells only part of the story. The main reason for tepid consumer spending is weak wage growth. The minimum wage growth rate will slow to 8.71% in 2018, the lowest in recent years, according to the government, noting that relatively low-income earners will be hit particularly hard.

As recently as 2013, minimum wages had soared more than 40%, fueling the country’s free-spending ways. Now, consumers are being forced to cut back in order to save for future outlays, such as on housing and education. This has put a crimp on spending for even daily products.

With a population of over 250 million, Indonesia is the largest consumer market in Southeast Asia. Many economists say the country’s consumption will continue to rise over the long term.

There is little doubt, however, that Indonesian’s retail industry is facing a crisis of sorts, and the government is not helping with the situation.

If this trend continues, the ensuing shock waves may hit other sectors of the economy, possibly dampening foreign direct investment in the country’s consumer market. 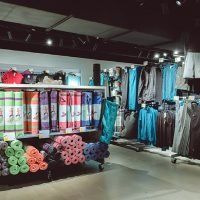 Decathlon lands in Australia
Next Article 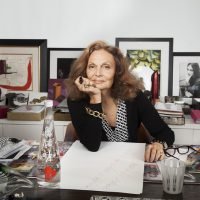