Department store chain Robinsons commenced its final day of trade on 10th January at its Raffles City store location, as the iconic 162-year-old retailer closes the store for good, and ceases trade in its native Singapore.

After entering liquidation late last year, liquidator KordaMentha told The Straits Times that the final day of trade at Raffles City will be no later than 10th January, or until stock runs out.

“Discounts will continue to be updated daily, noting the intention is to sell stock down to zero,” KordaMentha told the newspaper, in an interview.

Discounts of up to 99 per cent off have also been issued to see stock move off the shelves quicker. Most employees have their final day of work on 10th January also.

The news of a date for Raffles City closure comes after the Singapore retailer announced back in late October that it would permanently shutter both its Singapore locations, the other being in Hereen, on the back of shifting consumer tastes and high rents.

The store in Hereen saw its final day of trade on 16th December, just ahead of Christmas.

Founded in 1858 by Philip Robinson, George Rappa Jr. and James Garborian Spicer, Robinson was eventually acquired by Dubai-based Al-Futtaim Group for S$600 million in 2008, yet the Arabic company failed to turn the Singapore business around over the past 12 years. 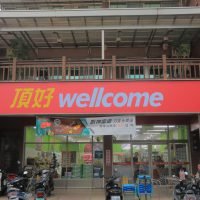 MAKE UP FOR EVER launches on JD.com