Jumbo Seafood, one of Singapore’s most popular restaurant chains, opened its first outlet in Seoul.

The chain dedicated to Singaporean seafood cuisine announced at a press conference that JD F&B, a 50-50 joint venture of Jumbo Group, and TCI, a subsidiary of Didim, will be opening the newest branch in Dogok-dong, southern Seoul.

“Jumbo Seafood is a very famous brand in Asia that has outlets not only in Singapore but also across China, Taiwan and Vietnam,” said Didim CEO Lee Bum-taek.

“There have been many discussions among Korean restaurant businesses to launch Jumbo Seafood in Korea, and we are happy to say that we were selected as the partner,” Lee continued.

“From humble beginnings in 1987, we grew to become one of the biggest and most successful F&B businesses in Singapore. We have one philosophy and that is we do what we are the best at. Jumbo Seafood is known for only serving fresh seafood in the Singapore style, and we will continue this in Korea,” said Jumbo Group CEO Ang Kian Meng.

To maintain the quality, Jumbo Group will dispatch its employees for regular checks to ensure the food served in Korea is the same quality and taste as sold in Singapore.

JD F&B also announced during the press event that it will open Jumbo Seafood’s second outlet in Korea by the end of this year. Although the company has not decided where, it is considering Ilsan, Gyeonggi, as a possible venue. 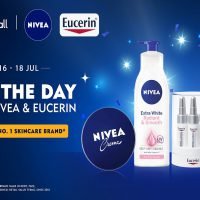